You Still Have Time to Inspire 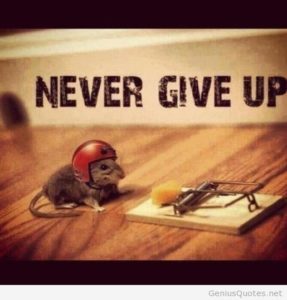 As a man was passing by some elephants being trained, he was confused by the fact that only a small rope wrapped around their back legs held these huge creatures. No chains, no cages. It was obvious that the elephants could, at any time, break away from their bonds; but for some reason, they did not.

He asked the trainer why these animals made no attempt to get away. “Well,” trainer said, “when they were young, we used the same rope to tie them and, at that age, it was enough to hold them. As they grow, they are conditioned to believe they cannot break away. They believe the rope can still hold them, so they never try to break free.”

These animals could at any time break free from their bonds, but because they believed they couldn’t, they were stuck right where they were.

How many of us go through life hanging onto a belief that we cannot do something, simply because we failed at it once before? For many of those in the younger generations, they have become far too accustomed to trying something once or twice and giving up. What they don’t seem to understand is that failure is part of learning; we should never give up the struggle in life.

If you want your legacy to live on, inspire your heirs to work hard and be committed to never giving up. It’s never too early—or too late—to inspire your heirs. You don’t have to do anything to inspire or motivate your heirs. If you plan well and display the kind of tenacity you want to instill in them, you’ll inspire those who follow you.

Wealth is more than money. Don’t just plan for your future, live it right now. Pass it on and share the insights like this that you find valuable.

“Build your own dreams, or someone else will hire you to build theirs.”